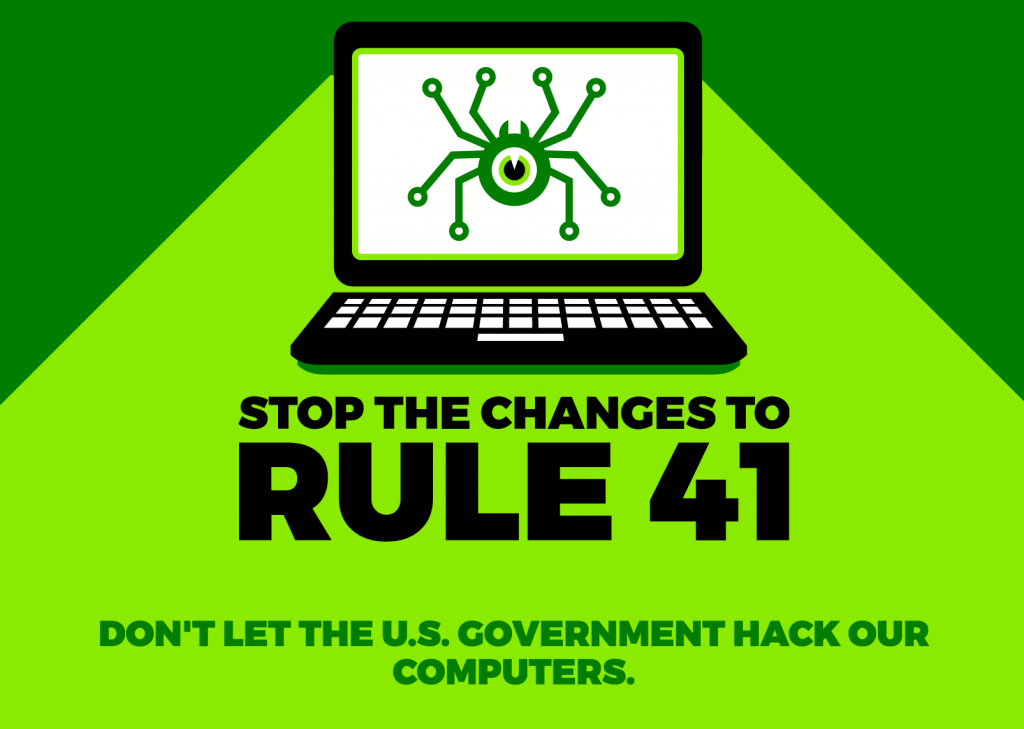 A proposed amendment to Rule 41 of United States Federal Rules of Criminal Procedure could grant blatantly unconstitutional rights to American judges. The proposed new powers would allow US federal judges to grant search warrants for remote access of a target computer in cases where“the district where the media or information is located has been concealed through technological means.” That is to say, if Rule 41 isn’t shot down in Congress, law enforcement will be able to find American judges that are more than willing to issue warrants for any computer whose IP address is hidden by Tor or a VPN service. The Rule 41 update is so ambiguous that law enforcement could use the rule to go after those of us that deny location data to certain smartphone apps. If that weren’t bad enough by itself, the second part of the Rule 41 update allows for law enforcement to use malware on a botnet infected computer with the purpose of finding the botnet operator. Instead, what is likely to be found is a bunch of private information which we can’t trust the government to delete. We must do all that we can to avoid such a dystopian, Orwellian future.

Join the EFF against Rule 41

To combat this egregious overstep of government power, the Electronic Frontier Foundation (EFF) has organized a day of action today June, 21, 2016, to push for public debate on this proposed change to law enforcement’s hacking capabilities. As a special sustaining supporter of the EFF’s work, Private Internet Access stands strong with the EFF in this Day of Action. Make no mistake, the potential new powers of the United States government allows it to easily get a warrant to breach a suspected computer anywhere in the world.

The proposed change has been passed from the Supreme Court and will go into effect in December unless the United States Congress acts against it. To help, US residents should send an email to your representative in Congress via this form provided by the EFF. Non US residents can still spread the word over the internet because this overexertion of power has far reaching, international consequences. Laws like this cannot be made by non-elected officials precisely because they cannot be held accountable to the citizens they supposedly serve. Join the EFF to strike down the proposed Rule 41 update – it is an affront to our privacy.