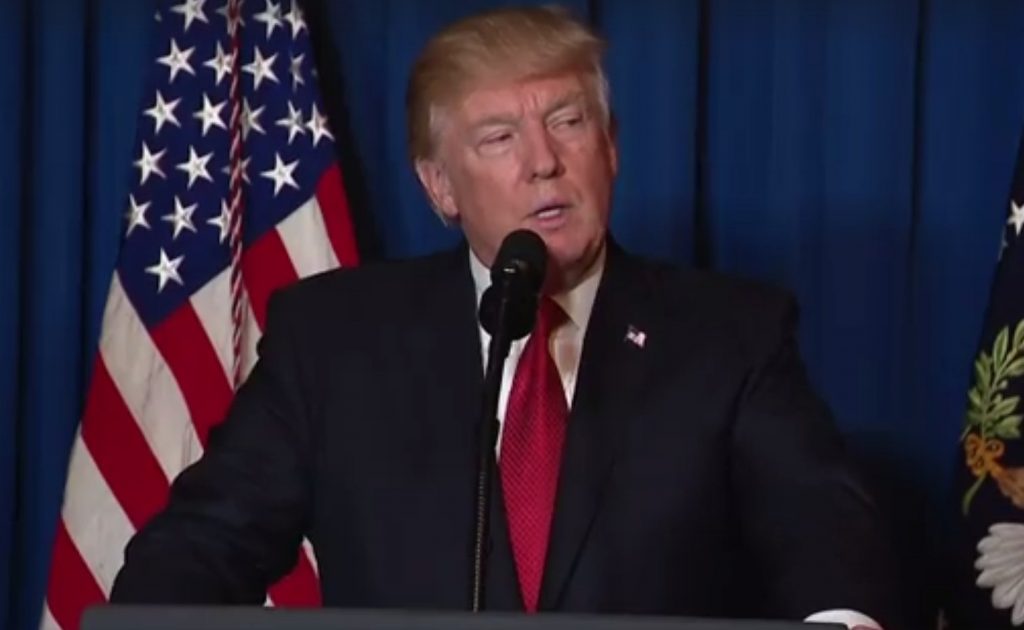 President Donald Trump has called (in a tweet) to “cut off” the internet following the September 15th London Tube bombing. The cited reason? Because it is a terrorist recruitment tool. The call to cut off internet access showcases President Trump’s utter lack of a handle on how the internet works – which is deeply troubling. Just a few points for him to think about: The internet is also a very good counter terrorism recruitment tool, and also currently a prerequisite for tweets to spread far and wide.

Here is Trump’s call for cutting off the internet in all of its ignorant glory:

Loser terrorists must be dealt with in a much tougher manner.The internet is their main recruitment tool which we must cut off & use better!

This isn’t the first time that Donald Trump has tweeted about his dream internet policy. Back in December of 2016, he even said he would call for Bill Gates to help him in banning the internet. In March of 2017, President Trump signed away American’s internet privacy protections.