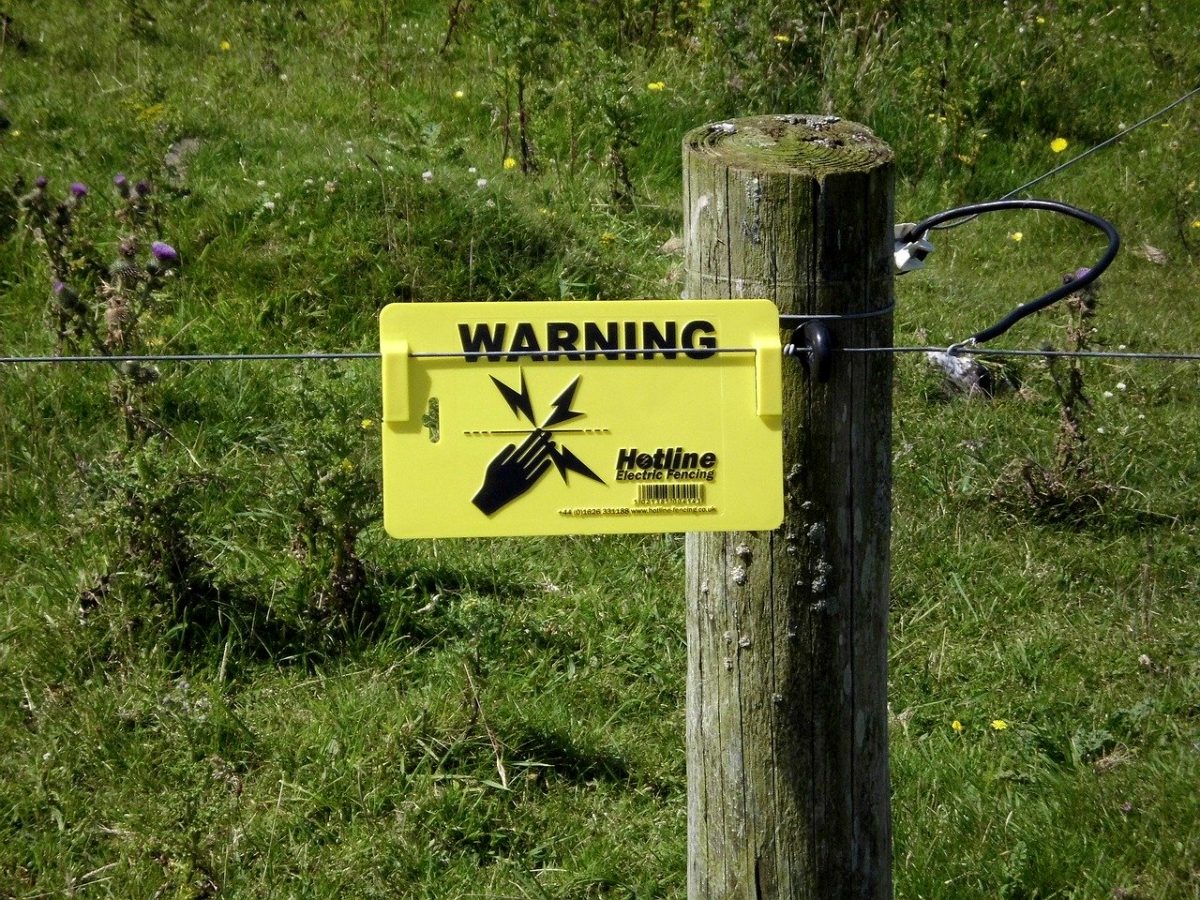 The government in Taiwan has rolled out an “electronic fence” to keep quarantined individuals in their homes. The “electronic fence” uses mobile phone data to notify police if the cell phones of any people under mandatory quarantine leave their home areas. Travelers returning from abroad are subject to a mandatory quarantine so the electronic fence is being used on both Taiwanese citizens and non-citizens. If caught, quarantine dodgers are subject to a 1,000,000 NTD fine, which equates to around $33,000 USD – such a fine has already been levied at least once. Jyan Hong-wei, the head of Taiwan’s Department of Cyber Security, explained to Reuters:

“The goal is to stop people from running around and spreading the infection.”

But a “nice” (for the government) side effect is that the government gets a taste of phone location tracking at a mass scale. Whether they give that up in the future remains to be seen.

Editor’s note: T.H. Schee has a concise diagram that details the specifics behind Taiwan’s digital fence. 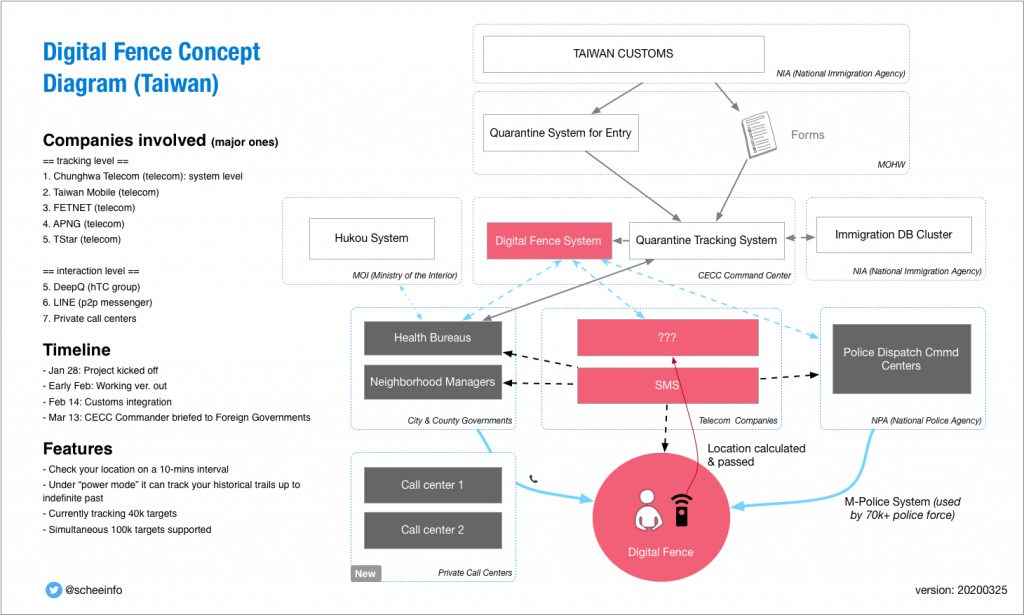 To make sure that quarantined individuals aren’t just leaving their phones at home, the local police also call the phones twice a day at random times and if there is no answer – they will send someone to the location. The use of cell phone location data is a new step, though, and Taiwan isn’t the only country currently utilizing it. The government is able to get location data from telecommunications companies who have the data based on cell phone tower pings – even if your smartphone has turned off location data. In Hong Kong, those put under mandatory quarantine are given a wristband that does the same thing – but there is no use of phone location data. Taiwan is one of the first countries to utilize this phone location tracking technology and

What’s surprising is the lack of blowback from civil liberties organizations and privacy advocates within Taiwan. Reuters spoke with a flight attendant that was put under quarantine because she had traveled for work. She said:

“It’s creepy that the government is teaming up with telecommunications companies to track our phones.”

When she missed a check-in phone call, the electronic fence tightened. The quarantined flight attendant explained:

“They said the police will come to me if I missed another phone call. I’m treated like a prisoner.”

The police will visit you if you slip the electronic fence, or you don’t move around your home, or you lose signal or dies as phones are wont to do

These are not idle threats. Milo Hsieh, an American University student who was under quarantine after returning to Taiwan from Washington DC was visited by police within an hour of missing his check in phone calls.

Another first hand accout of being under the electronic fence posted by Jonathan Chen to his Facebook account reveals that the police will be notified even if your phone doesn’t move while you are within the electronic fence – which they think could mean that you have left your phone at home. Chen wrote that he was notified to call an after hours number when such an incident happened to him as he was obeying the quarantine rules. The person who picked up the phone explained what tripped the electronic fence:

“You might have lost signal temporarily or did not make any movement for extended period of time so the system thought you might have left your phone at home and we can not risk you going out.”

While this shows the severity of the Taiwanese government’s response to COVID-19 and their commitment to keeping the virus at bay, it also showcases that the government is able to request such information from phone companies at the drop of a hat. It wasn’t so many decades ago that Taiwan was under martial law – one of the longest period of martial law in world history. Unfortunately, it seems that much of the population still remembers these authoritarian times and are simply OK with their civil liberties being trampled on in the name of protecting the public. Without getting into the cultural differences between the East and West that may also contribute to that mentality, it is still imperative to implore the Taiwanese public to hold their government accountable. The electronic fence needs to be turned off once COVID-19 is under control – whether it will remain live or not remains to be seen.