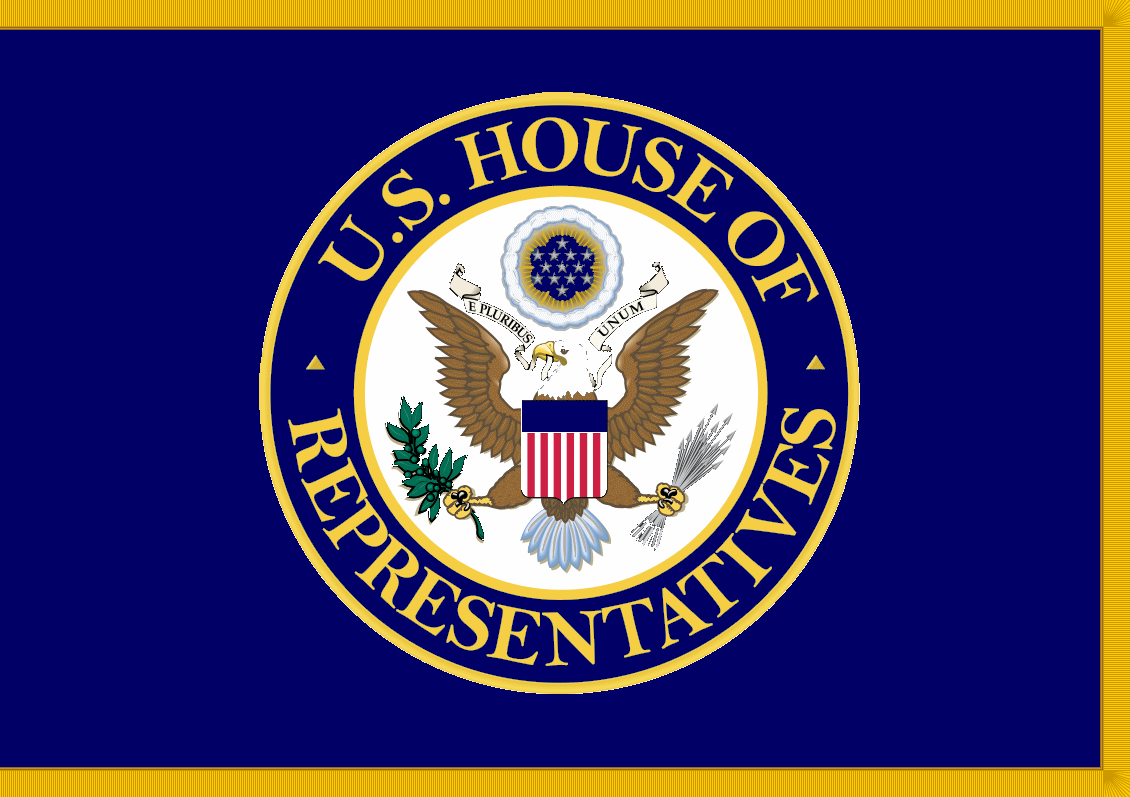 Internet privacy in America faces a crossroads today on Capitol Hill. S.J. Res 34, the Senate joint resolution to do away with FCC #BroadbandPrivacy rules, passed with a 50-48 vote late last week. Now, all that stands between it and the President’s pen is a vote in the House of Representatives, where it was be speedily pushed through to the floor just as it was in the Senate. S.J. Res 34 was first introduced to the United States Senate by Senator Jeff Flake and co-sponsored by 23 Senators on 3/7/17. After receiving approval from the House rules committee obtained yesterday evening, S.J. Res 34 is now scheduled to be voted on by the House of Representatives today (Congressional floor live stream available here). Both ISPs and their lobbying organizations have been working and donating hard to dismantle Internet privacy and bring us to this vote. 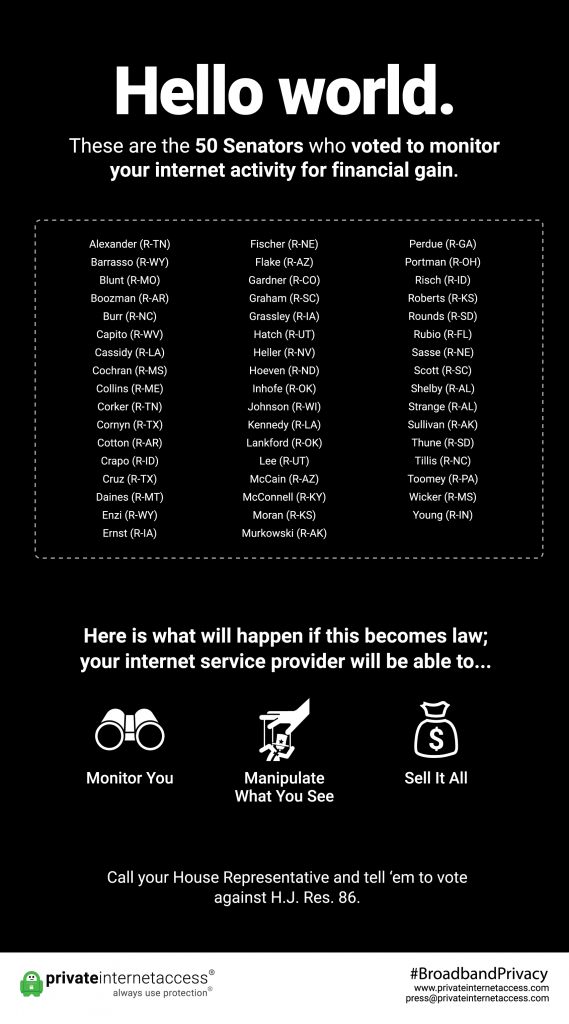 Opposition to this attack on our Internet privacy has spread like wildfire. There is even a completely new KeepOurNetFree subreddit with well over 15,000 new subscribers all dedicated to defending Internet freedom.

If the bill passes, it will be a sad day for Internet privacy. ISPs will be able to monitor, manipulate and then sell your Internet activity. Interestingly enough, some smaller ISPs in Alaska have even claimed that they will not participate in any monitoring, manipulating, or selling of Internet activity as a response to the bubbling concern voiced by Internet users. Of course, ISPs and telecoms have always had and used this ability to monitor and manipulate, as well the practice of storing your the logs of your internet history and online activity as a default – but they couldn’t legally profit off of you in that way which many consider to be double dipping. This is exactly why it is important for Americans to have these Internet privacy protections to keep those caretakers of our private data from profiting off of it.

As it increasingly looks like the federal government may fail the interests of constituents nationwide, the fight for privacy rights has somewhat returned to the state level. The New York Times recently reported on a state-level privacy bill in Illinois while pointing out some email specific online privacy protections only enjoyed in California and Connecticut. But even that is patchwork and obviously doesn’t extend across the entire country, the way that Internet privacy protections under the FCC would have. It’s time to find out where our Representatives stand on Internet privacy.