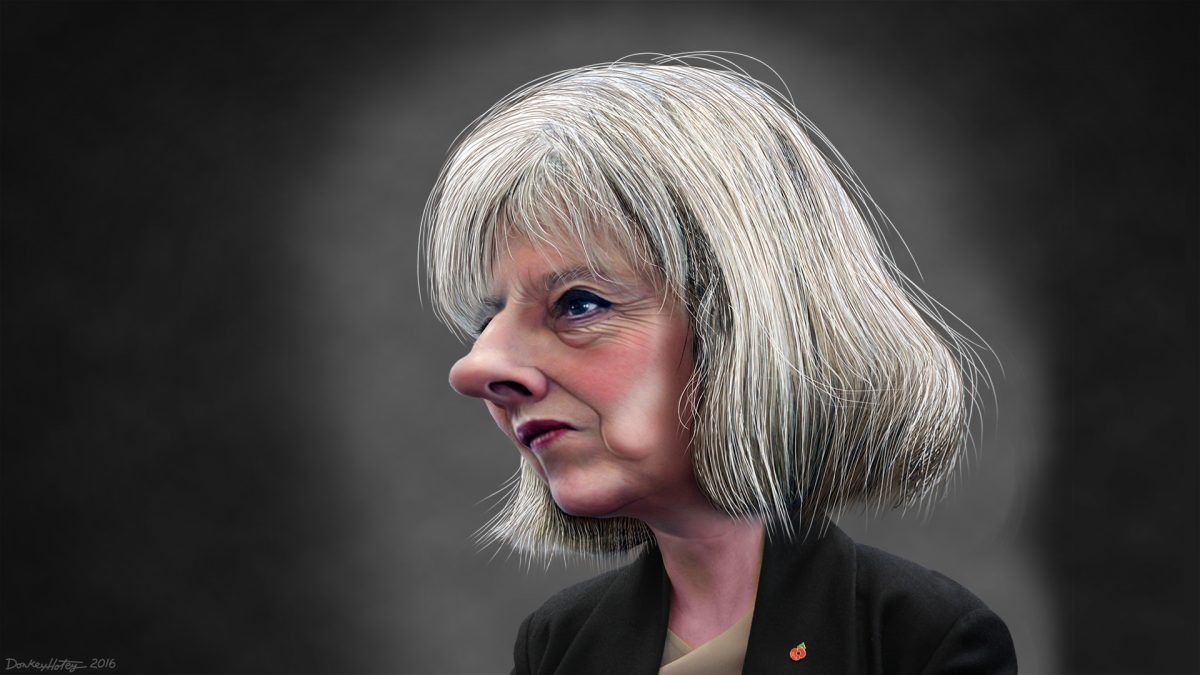 Yesterday, during her speech describing the current Tory Manifesto, Theresa May revealed that she plans to build a “new Internet,” over which the government has complete control. The goal in the Tory internet plan is to become “the global leader in the regulation of the use of personal data and the internet.” The manifesto states:

Some people say that it is not for government to regulate when it comes to technology and the internet. We disagree.

Yeah, well, that’s just like, your opinion, (wo)man! The UK government under May has proven time and time again to have a strong stance against encryption and is leading the way in terms of legislation that could potentially force a company to install encryption backdoors. Internet companies will be heavily encouraged to participate in the UK’s online counter terrorism activities and be the government’s enforcer when it comes to removing fake news and anything vaguely resembling pornography. The manifesto stated:

“We will put a responsibility on industry not to direct users – even unintentionally – to hate speech, pornography, or other sources of harm.”

Specifically, the burden of enforcement will be placed on companies like Facebook and Google. The manifesto continued:

“We will introduce a sanctions regime to ensure compliance, giving regulators the ability to fine or prosecute those companies that fail in their legal duties, and to order the removal of content where it clearly breaches UK law.”

If it sounds like the UK is creating, by law, a completely different internet experience for their netizens, that’s because they are. Boing Boing even went so far as to call it Britain’s version of Iran’s Halal Internet – and, frankly, that is an apt comparison.

The United Kingdom seeks to control the Internet, make a new controlled one

Don’t forget that the UK has already given royal assent to two other internet affecting bills. One, the Investigatory Powers Act, mandates that UK internet service providers store 1 year of your internet history and make it available to a whole host of government orgs. The other, the Digital Economy Act, will require internet users to submit real identification to a pornography database. Additionally, the recent anti-Internet laws in the UK could be used to block sites that the government deemed unsavory. Now, UK mass surveillance powers (like the ability to snoop on your communications in real time) might be expanded even more using provisions set forth under the Investigatory Powers Act.

Like with the Investigatory Powers Act, the UK government is putting the burden on the “platforms” themselves, such as Facebook. Experts in the field have noted that such platforms already censor more than they are required to because of the incentive structure set up by regulations. If the mandate for censorship is upheld, UK netizens may find themselves in a new, unrecognizable Internet indeed. James Killock of the Open Rights Group commented to Buzzfeed:

“They won’t get it right – they’ll behave in a risk-averse fashion. They’ll censor more than they need to. I do not want Mark Zuckerberg to think of himself as judge and jury of what people can say in Britain.”