Today, the Senate Votes to Save Net Neutrality 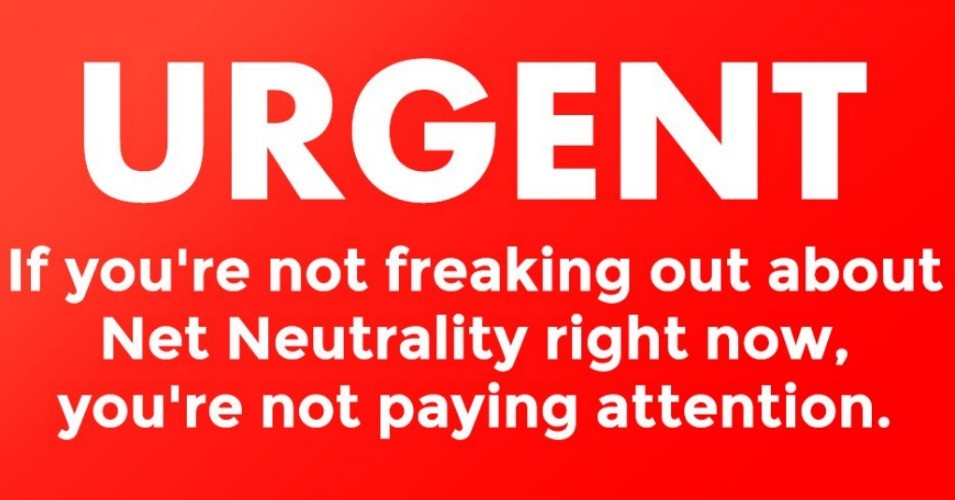 Today, the United States Senate will vote on whether or not to save net neutrality.  All 49 Senate Democrats, with the support of key Republican Senators, have successfully forced a Resolution of Disapproval vote regarding the FCC’s 3-2 repeal of net neutrality in December of 2017. Since the FCC decision, activists have been working hard to restore net neutrality protections.

Editor’s note: The US Senate has saved Net Neutrality with a final vote of 52 to 47, with one abstaining. The Resolution of Disapproval must make it through the House of Representatives and then be signed by President Trump to end the FCC’s killing of net neutrality.

BREAKING: The Senate’s vote to save #NetNeutrality will take place this Wednesday, May 16th. Keep raising your voices for the free and open internet. The fight is on!

As the internet non-profit Fight for the Future (FFTF) put it aptly:

I know you’re tired of hearing about net neutrality. I’m tired of writing about it. But the Senate is about to vote, and it’s time to pay attention.

If this Resolution of Disapproval doesn’t pass the Senate, and then the House of Representatives, the FCC’s original action of ending net neutrality protections will continue on June 11th, 2018.Even if federally, net neutrality disappears on June 11th, there are still states enacting it at a local level. Senators aren’t the only ones that feel that the FCC’s plan for net neutrality is wrong. FCC commissioner Jessica Rosenworcel has publicly denounced the actions taken under Ajit Pai’s FCC:

What’s the worst that could happen without Net Neutrality?

The /r/KeepOurNetFree subreddit on Reddit even created the “Removal of Net Neutrality Simulator” so you could get a glimpse of what life without these protections might look like. The simple browser extension slows down websites in general and also blocks certain sites. Come June 11th, this becomes a very real possibility. It has now become a race between new legislation, currently being considered, and a new to be formed status quo of the internet without these crucial protections.

Net neutrality – is a goal, and it’s clear that different people and parts of government have very differing ideas on how to get there. That is how we can have the same organization enact and enforce both internet privacy and net neutrality one year, and then have the same organization strike it down after a change in power. In fact, recent revelations about donations from certain organizations have cast an even more uncertain light on the US government’s anti-Internet actions over the last year or so.

Today, we pay attention to the result of this Senate vote. Many will ask themselves whether or not they feel that their politicians represent their wants and wishes. If there is a mismatch, the consequences will be felt at the next election. Even if change isn’t wrought today, it still can be in the future – if we act.