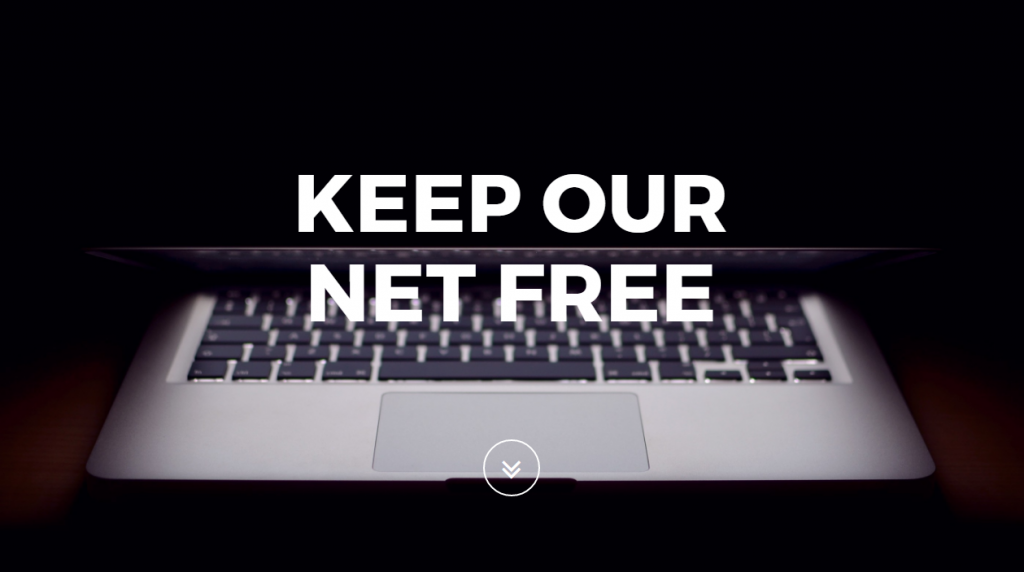 American internet users are facing a dire situation: The FCC has officially started its net neutrality repeal. The FCC’s move would end strong net neutrality protections and additionally stop states from enacting their own net neutrality rules. The telecom lobby has successfully pushed for that last caveat – likely because they saw the uproar of state level internet privacy activism after their repeal of internet privacy protections earlier this year. Several states and even some cities, proposed local laws that would maintain the stricken federal protections. The new proposed destruction of net neutrality will be revealed for all to see today. Each time that net neutrality, and the financial censorship that results, has come up in the past (like with SOPA and PIPA)- the internet has banded together to defeat the challenge.

“Under my proposal, the federal government will stop micromanaging the internet. Instead, the FCC would simply require internet service providers to be transparent about their practices so that consumers can buy the service plan that’s best for them and entrepreneurs and other small businesses can have the technical information they need to innovate.”

Under Pai’s plan, the FCC will hand off regulation in this space to the  Federal Trade Commission (FTC). The FTC would handle all competition related disputes, and police ISPs if they violate their stated policies… In practice, experts say that the FTC is not prepared to handle that load – meaning the end internet user will likely suffer.

From the front page of the internet, to the seats right beside Pai, America has reacted strongly to the proposed net neutrality repeal. Pai’s fellow FCC commissioner, Jessica Rosenworcel, said that this proposal:

“hands broadband providers the power to decide what voices to amplify, which sites we can visit, what connections we can make, and what communities we create. It throttles access, stalls opportunity, and censors content.”

Another FCC Commissioner, Mignon Clyburn, has repeatedly said that Pai’s proposals would destroy internet freedom, not restore it. The US government is attempting to remove net neutrality from under our noses – revealing the proposal the day before Thanksgiving. The internet does care though; according to a Mozilla study, 76% of Americans care about net neutrality. This is the case – Just take a look at the front page of Reddit. Subreddits including /r/instant_regret to /r/Overwatch to /r/TeslaMotors to /r/trees cares about net neutrality – shouldn’t you?

There are many ways to get involved. From texting ‘resist’ to 50409, signing a White House petition, calling your representatives, to showing up at a Verizon Protest – there are many ways to condemn the net neutrality repeal. Many net neutrality supporters are gathering at /r/KeepOurNetFree. Some people might think that contacting your representatives won’t make a difference – but it does in the long run.  If we don’t fight to keep our net free, we shouldn’t be surprised when our freedoms are taken away. Fight for your internet rights, today.