Do We Really Want Amazon’s Internet-Connected Autonomous Surveillance Robots Wandering Around our Homes? 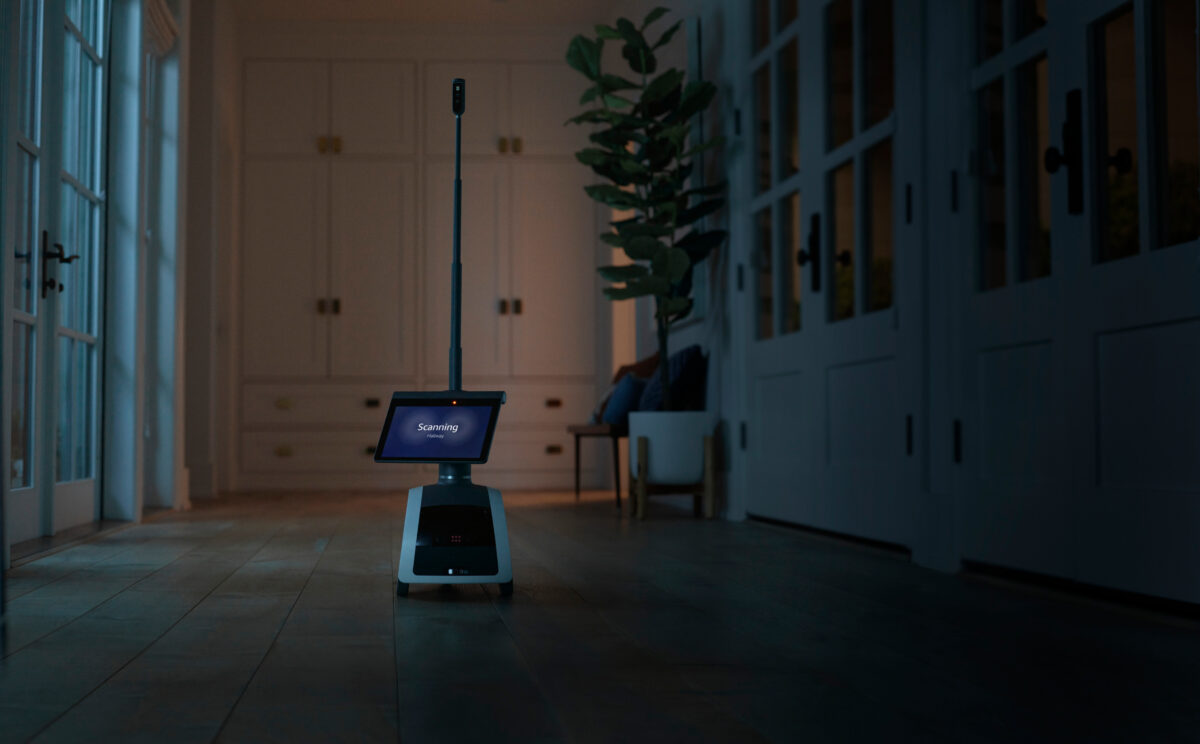 It might seem strange that Amazon has figured so many times on this blog, what with its facial recognition service, eavesdropping Alexa devices, Ring home surveillance, and Halo wearable device. Amazon may have begun as an online bookseller, but its ambitions in the digital space seem limitless. Recently it has announced two new autonomous devices that combine interesting technology with worrying aspects for privacy.

The first is yet another Ring unit, called the “Ring Always Home Cam“. Despite the clunky name, it’s of note, because it’s a domestic drone: an autonomous indoor security camera that flies along pre-configured paths to check on your home. This raises obvious privacy concerns, which Amazon is keen to address. When the device rests in its base, the camera is physically blocked from operating. The camera will only start recording when the device leaves the dock and starts flying along one of the preset paths. Amazon even claims that it designed the Always Home Cam to hum at a certain volume, as an audible warning that the camera is in motion and is recording. This is “privacy you can hear”, the company boasts.

That’s fair enough, but the problem is not what the device is designed to do, but what it could do if someone manages to break into the system. That’s already happened with other Amazon Ring cameras. Moreover, as these home surveillance devices become richer and more complex, so the likelihood of flaws within their software increases, making it possible for others to take control, perhaps surreptitiously. The same applies to an even more ambitious product launch from Amazon:

Astro is a new and different kind of robot, one that’s designed to help customers with a range of tasks like home monitoring and keeping in touch with family. It brings together new advancements in artificial intelligence, computer vision, sensor technology, and voice and edge computing in a package that’s designed to be helpful and convenient.

Like the Ring Always Home Cam, Astro can move around the home. Unlike the drone, which moves around set paths, and can’t deal with unexpected obstacles, Astro moves freely, using infrared light and ultrasound sensors plus what Amazon calls “Intelligent Motion“. The same system can be used to instruct Astro to follow someone, or to go to a defined space in the home, and to locate people in the household to deliver messages or objects. As Astro moves, it can stream videos of rooms, detect the sound of a smoke or carbon monoxide alarm, and even recognize glass breaking. Another key component of Astro is Visual ID:

Visual ID uses on-device processing to recognize people who have enrolled. Astro does not recognize anyone other than the people who have created a visual ID. During visual ID enrollment, Astro will take a series of images from five different angles (straight, up, right, down, left). These images are securely stored and encrypted on-device and are not stored in Amazon’s cloud. They are used to create a feature vector – a numeric representation of the user’s facial characteristics – for each angle and to update the vectors over time to improve Astro’s ability to recognize that person. These vectors are also not stored in the cloud.

Note the emphasis on privacy there – in a blog post, Amazon says “privacy was foundational to how we built and designed visual ID”. Amazon seems acutely conscious that Astro raises lots of questions about privacy and surveillance. In addition to a detailed Web page called “Amazon Astro Privacy” there is also a four-page white paper on the topic. That’s as it should be, since the risks of allowing an Internet-connected, autonomous surveillance robot to wander the home are clearly serious. Even though Amazon has built in a number of features – for example, the ability to turn off cameras and microphones – there is always the danger that someone will find flaws in the code that will allow remote control across the Net. Separate from that, there is also the issue that such surveillance devices inevitably capture personal information about people outside a home, through windows. And as Astros become more common, local police might start to ask for – or even demand – access to videos, as they have done with Ring doorbells.

The current Astro product seems to be just the first, rather tentative, exploration of what an autonomous domestic robot might be. In fact, leaked documents suggest that its person detection software is not very good, and that the robot has a habit of falling down flights of stairs. But the history of Amazon shows that it is willing to iterate products until it gets them right – think of how bad the first Kindles were. There’s one other aspect of Astro that is currently rudimentary, but which points to something important for the future, particularly as regards privacy. Astro is designed to have a “personality”:

Astro’s personality not only helps it communicate intent and offer delightful experiences, but it also evokes emotions like empathy when people use the device. In testing, we’ve been humbled by the number of people who said Astro’s personality made it feel like a part of their family, and that they would miss the device in their home after it was gone.

The more people feel that Astro has a “personality”, the more intimate moments they will share with it – and the more they will put their privacy at risk.