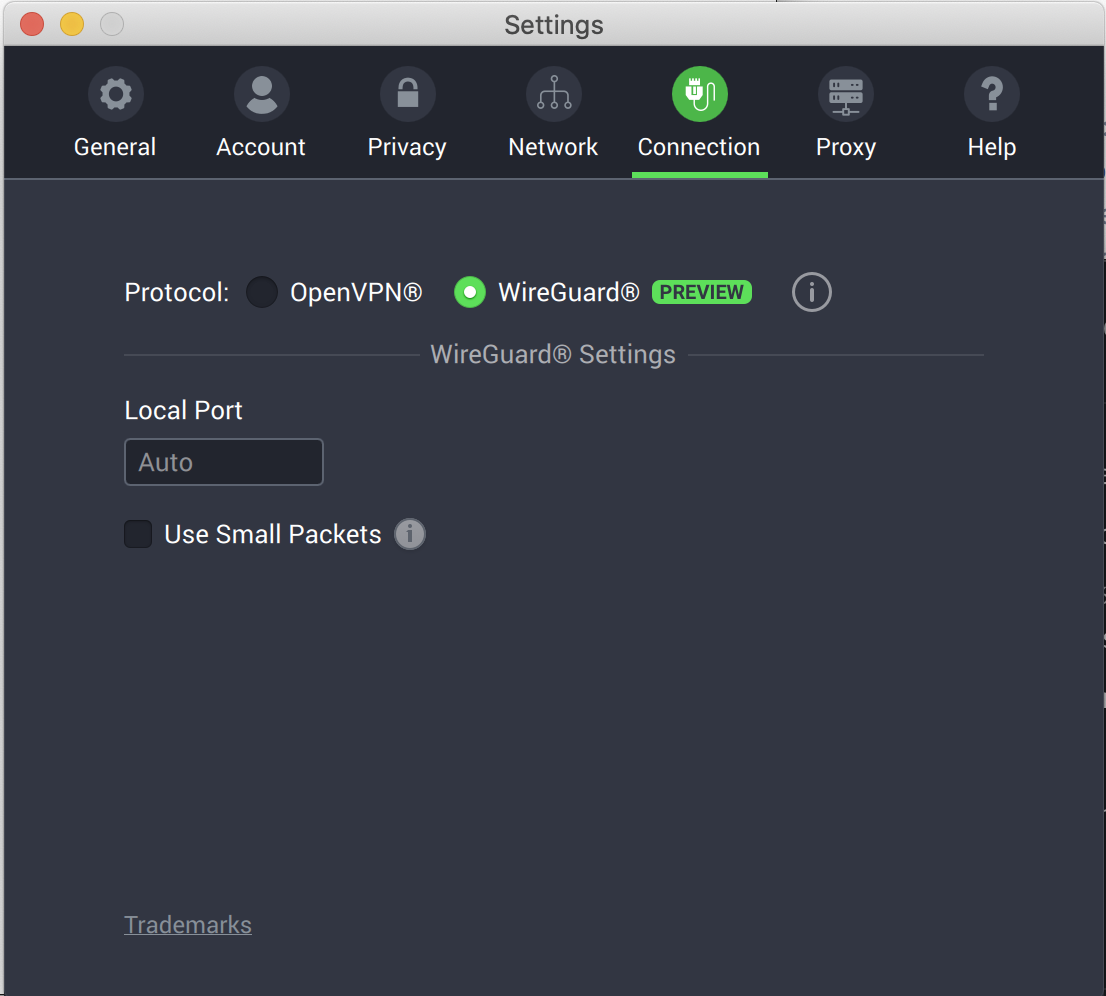 Private Internet Access is happy to announce that the beta client and apps now feature WireGuard® VPN support. WireGuard on our desktop clients and mobile apps are currently being rolled out to PIA beta testers. Note that this is still a beta version of PIA WireGuard support, there are still some features such as per-app connections on our Android VPN app that don’t yet work with WireGuard – but rest assured that we’re working on it! Also note that PIA will be closing signups for its mobile beta program during this WireGuard beta phase, meaning that the WireGuard beta is only available to existing beta testers.

WireGuard has been on the horizon as the next big thing in VPN connections since its inception and as such, Private Internet Access has been a major financial supporter of Wireguard development since 2018. WireGuard is a new VPN protocol which is made in and for the 21st century. It runs at Layer 3 and is even being implemented into the Linux kernel. For more information on WireGuard, check out our introduction article, WireGuide: All about the WireGuard VPN protocol.

Since WireGuard was made to be optimized for security, Private Internet Access has supplemented the core WireGuard VPN tunneling software on our VPN servers with additional protections to ensure the anonymity and privacy of our VPN customers. Private Internet Access has long had established server-client connection best practices for all of our VPN connection types such as OpenVPN and IPSec. We have added these best practices to our WireGuard implementation to ensure the same no logging VPN service that our users expect and will always get.

We add an additional layer of privacy to our WireGuard VPN servers by running an RSA certificate protected RESTful API. Our users can rest assured that their WireGuard VPN traffic is not being logged.

On WireGuard connections, we also implemented a daemon that deletes connection data periodically when keepalives are no longer being sent for three minutes. With these tweaks to WireGuard on our VPN servers, we can provide VPN connections using the WireGuard protocol.

Private Internet Access has long been a leader in the VPN industry and has pioneered many features that have now become industry standards. Everything from open sourcing our apps to MACE™ has been a result of Private Internet Access staying on the cutting edge of VPN technology and the industry as a whole. Rest assured that we have heard the requests from our users to add WireGuard and are proud to finally start the release of WireGuard VPN support on our apps and clients. With WireGuard as another VPN connection type available to our users, our customers now have more control and power over their privacy.