For a while, Private Internet Access has been working to spread the word on the importance of using our VPN service whenever you access public Wi-Fi to encrypt your Internet activities to protect yourself from hackers. And while our efforts have mostly centered on hacking, a report released by the United Nations has touted the same benefits and is urging governments to encourage its citizens to utilize encryption to protect themselves.

With the release, the United Nations noted that using encryption, such as those found in Private Internet Access’ VPN service, when going online is critical for citizens to protect themselves from government surveillance and other potentially invasive activities. “Strong encryption and anonymity are critical for protecting human rights defenders, journalists, and ordinary users in the digital age,” said Cynthia Wong, senior Internet researcher at Human Rights Watch. “Encryption allows us to preserve a safe, private space for free expression at a time when governments are expanding invasive surveillance worldwide.”

Coming at a time when Human Rights Watch has noted an unprecedented amount of intrusive surveillance, HRW and other organizations are quick to point out that many governments insist on always having a measure of access to citizens’ private information if required, however national laws should be put in place to ensure the privacy of digital communications by way of encryption and anonymity tools.

For all VPN features

SELECT PLAN
¹ The offer is valid for new customers only
¹ All amounts are shown in USD, and any discounts reflect a reduction based on the current monthly service pricing at $9.95 per month

³ You'll be billed at once at signup, and the free extra time is a one-time promotional offer.

Bulk purchase? Get It Now 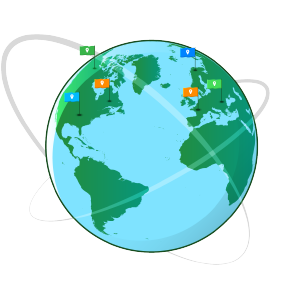 WHY YOU SHOULD USE PIA

Encrypt all of your internet
traffic and use a safe, protected IP.

Protect your identity with an
anonymous VPN IP.

Use PIA to blend in with the
crowd.

Encryption keeps you safe,
even on public Wifi.

Trusted By Companies Including: